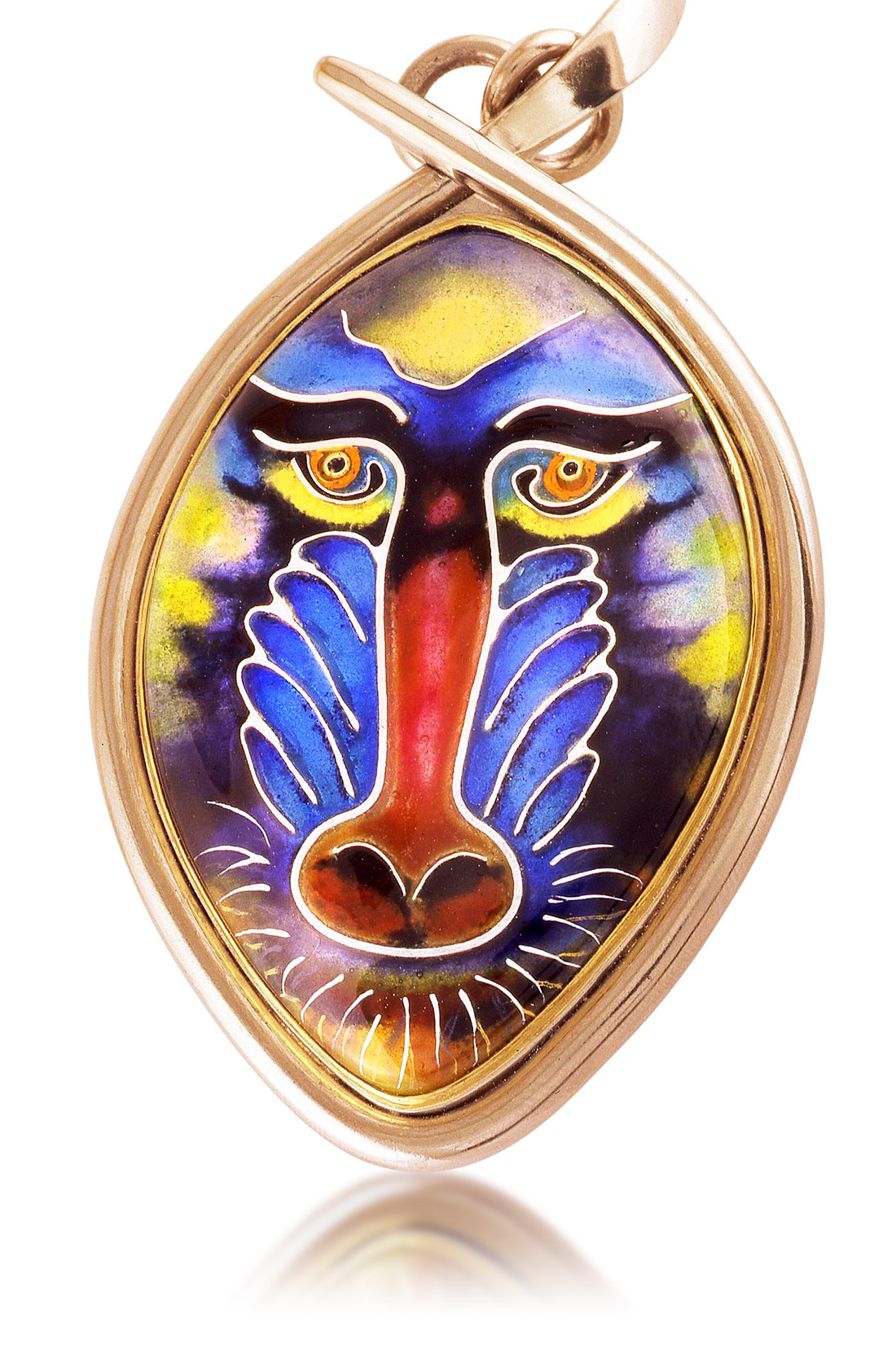 It’s not everyday one gets a call from Hip Hop artist André 3000 of the funkadelic duo, Outkast. So imagine my surprise when I received a call from the famed rapper to create a custom jewelry pendant that ultimately had the likeness of a mandrill.

The eclectic artist was looking for a one-of-a-kind statement piece to celebrate his Grammy nominations.

Like many celebrity artists, André 3000 wanted a pendant that was a unique design that was all his own. I knew I had to create an amazing jewel that would make him proud to display this miniature work of art. Something he knew no one else would be wearing.

André shared with me his love for animals, in particular, his fondness for mandrills, gorillas, unicorns, and other creatures.

I presented him with thumbnail paintings to choose from. André commissioned me to make a custom cloisonné pendant that we called The Mandrill.

I wasted no time in getting to work. If you’re fortunate like I am, a celebrity client like André is an honor bestowed on you only once in a blue moon. André inspired me to reach deep to create a distinctive jewelry piece born from the whimsical vision André so pointedly conveyed.

André requested that the cloisonné wires vary in thickness. I thought it was a smashing idea. This helped to add dimension and create a unique effect for his hip hop jewelry piece.

The bright and colorful mandrill came alive as a stunning work of art created through Andre’s vision and my skillful hands. This hip hop pendant had swag.

Unfortunately, the Mandrill Pendant Had Another Admirer

The prized Mandrill pendant appeared with André 3000 in XXL magazine as well as his “Hey Ya” video. Imagine my pride in learning that the custom jewelry piece I created was possibly seen by hundreds of millions of people!

The 4” x 2.5” pendant was set in 18K gold and was valuable, both in monetary terms and sentimental appeal. Unfortunately, the treasured enameled jewel drew other admirers and was stolen from André’s luggage while he toured Europe.

I’d Love to Create More Hip Hop Jewelry! Have You Been Wanting Your Own Custom Jewelry?

Hip Hop jewelry isn’t only for rappers and Hip Hop celebrities. It’s for anyone who appreciates the iconic emblems of the Hip Hop culture. What do you envision for your own custom jewelry creation?

Let’s collaborate and make it happen!  Contact me and I’ll be more than happy to bring your vision to life.